Amid the new normal, an app that focuses on meeting users’ content discovery and sharing of info urges has been creating a significant mark among Filipino netizens. SHAREit intends to further help local users and partners adapt and thrive in the emerging digital landscape.

SHAREit is a one-stop content application that is continuously expanding to be among the leading online and offline platforms in the world. The app facilitates gaming, file-sharing, and content streaming features to the delight of its users.

Currently, the app is the eighth most downloaded mobile application in the country and sixth in terms of monthly active users, based on data from the AppAnnie’d The State of Mobile 2021 Report. In 2020, SHAREit was also recognized as the fastest-growing media publisher in the world, ranking as No. 1 in the first 2020 Edition XI of AppsFlyer Performance Index. The app’s growth jumped by a whopping 160% in in-app installs from January to June 2020.

The app enjoys a loyal user base of over 1.8 billion users worldwide, with a strong presence in more than 200 countries. Meanwhile, about 125 million of the app’s 500 million monthly active users are based in Southeast Asia.

In the Philippines, SHAREit has been enjoying an average 15% monthly increase in daily active users since the lockdown started in March 2020. The app currently has almost 40 million monthly active users locally, surpassing leading apps like Spotify and Viber.

This strong growth in usage is attributed to the mobile app’s unique strengths as a one-stop app for content discover, entertainment, and peer-to-peer file sharing. It has also gained popularity as a platform that users enjoy online and even offline. As an offline social network, it can shift from offline to online and vice versa without much hassle, enabling app developers to reach both existing and potential new users, even users with intermittent internet connections.

“We are very excited about SHAREit’s growth in the Philippines,” said SHAREit regional lead Lisa Dominguez. “Our local team is keen to build on this success and establish an even greater presence as the country rides this wave of digital transformation and increased connectivity. Our plans now are to continue to refine the app’s user experience, and to invest in solutions that help local brands scale their user base and digital reach through exposure on the SHAREit app.”

GCash and Kumu are two of the local brands that have already benefited from their partnership with SHAREit. The app has helped GCash onboard new users nationwide from key cities and remote areas. For Kumu, SHAREit has helped increased its visibility and user engagement since the former’s launch 18 months ago. Now, Kumu is among the most dominant social live-streaming platforms in the country. 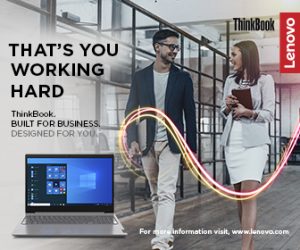